In the Book, with Becky Sauerbrunn, Vol. III 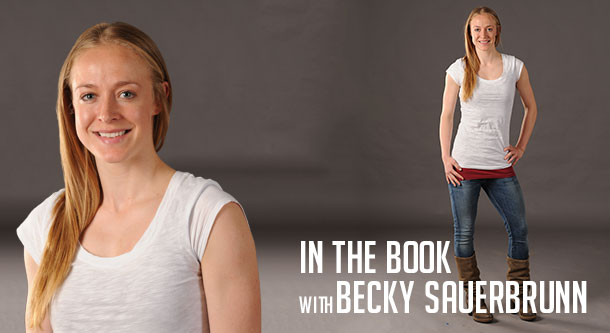 Editor’s Note: Throughout the season, Captain Becky Sauerbrunn will check in with her thoughts on various subjects. The 2014 FIFA World Cup in Brazil is upon us, and Becky Sauerbrunn gives us an inside perspective of what it is like ‘being a fan’ to one of the world’s biggest stage.

Jogos casino online, “It’s incredible to know that what you’re feeling is shared by millions of people in the same way, at the same time, for the same reasons, in cities that moments before were rivals or at least too dissimilar to find any sort of common ground.”

First off, apologies for the hiatus. Between the NWSL and USWNT schedule I’ve spent most of my free time attempting to recover for the next game, wherever it may be and whoever it may be against. I have no concept of days of the week. All I know are training days, day before the game, game day, and those blessed recovery days. Someone will mention what day of the week it is in passing and I’ll be surprised. It’s Sunday? Feels like a Wednesday to me.

Poor Barnie (Nicole Barnhart), my FCKC roommate, must’ve thought something was wrong with me. For a stretch there, I’d crawl out of bed, eat my toast and drink my coffee, dress for training and we’d leave. We’d get back, I’d slink back to my vampire dark room and not show my face until I had to fulfill my responsibilities as sous chef for our dinner. She humors me and allows me to feel like I contribute to our meals, but I’m more than likely taking longer to chop vegetables and heat water than she would on her own. She probably tolerates the drag because she’s helping me stay connected to civilization.

Nothing is wrong with me. Well, at least nothing serious. I appreciate my alone time and I’ve come to understand that I need that time in order to be at my best for my team. Some people recharge their batteries while crafting in a small group watching The Bachelorette, others need a good book and a comfy bed. I happen to be the latter…thank god.

But there is one thing that can never be appreciated in solitude and that, my friends, is the World Cup.

We answer a lot of questions about what it’s like to play for the national team. And it’s always a question I have difficulty answering, I can never find the right words to describe the emotion I feel when I get to wear that jersey. I appreciate the quote from Andrea Pirlo because he doesn’t try to capture that feeling, he simply tells you that you feel it as well. You are a part of something bigger than yourself, bigger than the town you grew up in, bigger than the team you play for.

How did you feel when John Brooks scored that game-winning goal against Ghana? I was elated and relieved, I felt fortunate to have witnessed something so amazing but, more than anything, I was so proud. I felt so connected. To the people watching the game with me. To the random people in the bar who didn’t even know what the World Cup was but got caught up in the infectious environment we created. To the men who actually played in the game. They felt like my best friends. It’s no wonder that people talk about players like they’re best buds.

“Did you see Clint’s nose?”"Dude, looked rough. I totally know what that feels like. I broke my nose in my coed kickball league last summer.”

That’s what the World Cup does. It allows everyone to feel what it feels like to play for the national team. You can’t help but feel connected. Even if I had watched that USA game in the darkness of my room, I would’ve felt the intensity and electricity of that win connecting me like a wire to that surge of emotion. So the next time you’re watching your team play tap in to what you’re feeling and think for a moment how amazingly crazy it is to be sharing that exact emotion with so many other people at the same time. Whether it be in defeat or victory, you’re never alone.