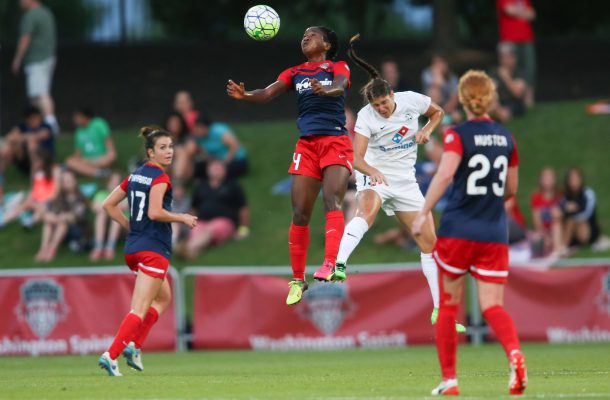 Jogos casino online, The Blues held the Spirit scoreless until the 79th minute, but gave up two goals in the final 11 minutes to fall 2-0 at the Maryland SoccerPlex. The loss ended a four-game unbeaten streak by the two-time defending National Women’s Soccer League champions.

FC Kansas City was playing without Becky Sauerbrunn and Heather O’Reilly, who reported to the U.S. Women’s National Team earlier this week. Desiree Scott is playing for Canada as both teams continue preparations for the Rio Olympic Games. In their absence, Lo’eau LaBonta made her first professional start and played the entire match.

The Blues carried a 240-minute shutout streak into the game, having last allowed a goal to Sky Blue FC in the 30th minute on June 11. That lasted until Ordega’s 79th minute goal that followed a melee in the box. She slipped her shot into the bottom left corner beyond an outstretched Nicole Barnhart. Huster followed moments later, converting a corner kick after a rebound in front of the goal.

It was just the second time this season the Blues allowed more than one goal in a game. They dropped to 2-5-4 with 10 points. The Washington Spirit jumped to third place with a 6-2-2 record.

FC Kansas City will play three of its next four matches on the road starting with a 9:30 p.m. CT contest on July 9 against Portland Thorns FC. They will return home to host the Spirit on July 16 and then travel to Western New York and Chicago before the end of the month.