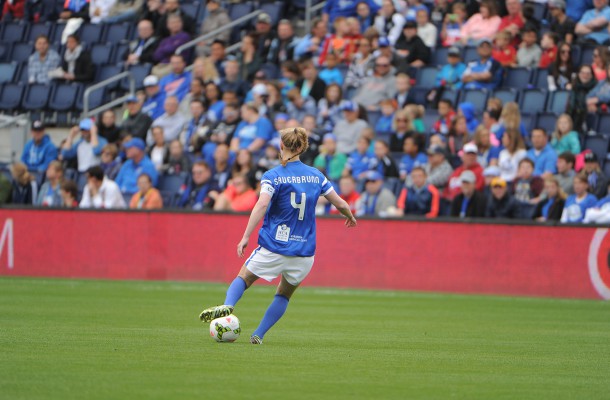 FC Kansas City will be opening their NWSL season at Children’s Mercy Park for the second consecutive year.

Jogos casino online, KANSAS CITY, Missouri (March 1, 2016) – FC Kansas City announced today that the team will play two games at Children’s Mercy Park this year. The home opener against the Western New York Flash on April 16 and the regular season contest against Sky Blue FC on September 4 will both be played at the state-of-the-art venue.

FC Kansas City Season Tickets are on sale now, for more information call 855-4KC-GOAL. Single-game tickets will be available in the coming weeks.

“We thoroughly enjoyed the experience of playing at Children’s Mercy Park last year and we are excited to return this season.  It is clearly one of the best soccer venues in this country and we are thrilled to showcase our team in such a great location,” General Manager Huw Williams said. “We are creating something special at FCKC and we believe Kansas City soccer fans will be right behind us as we celebrate the back-to-back championships and prepare for another title run.”

The Blues will begin their second consecutive title defense at Children’s Mercy Park through an agreement with Sporting Kansas City. Swope Soccer Village will continue to serve as FC Kansas City’s primary home ground throughout the 2016 NWSL season.

“We believe playing at Children’s Mercy will also help us attain one of our 2016 goals of building on our fan base and shattering our single game attendance record.” Williams added.

With a seating capacity of 18,467 for soccer matches, Children’s Mercy Park has served as a boisterous site for many of the biggest games in American soccer. In addition to Olympic and World Cup qualifiers, the venue has hosted the MLS All-Star Game, MLS Cup and Lamar Hunt U.S. Open Cup final.

FC Kansas City’s season opener will mark the fourth straight year in which the Blues kick off the season in front of their home fans.