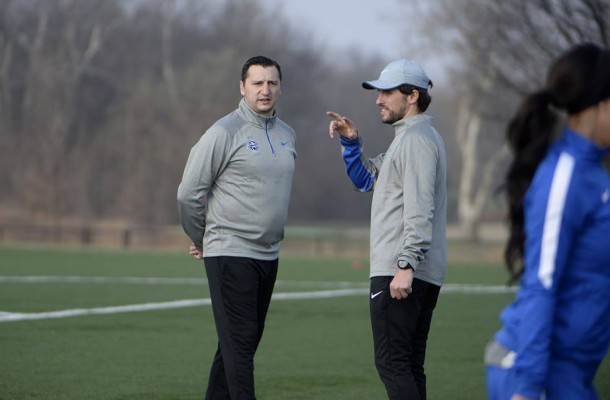 On the team’s first practice

It feels so good to be back here and with the players. Obviously they were anxious, excited, and very enthusiastic on the field, it just feels good. There’s not a better feeling.

On the national team players reporting

They start coming today (Tuesday). HAO [Heather O’Reilly] gets here today, Becky [Sauerbrunn] tomorrow, and Des (Scott) on Thursday so we should have everybody here on Friday’s practice.

On how this camp is shaping up

You know, every camp is the same and very different at the same time. We are excited; obviously we have a lot of new faces this year. There are players like Katie Bowen or Brittany Taylor that from what I’ve seen in a couple of hours, they are great soccer players along with our draft picks and returning players. It’s a great environment to work in.

I don’t think we are looking for exact replacements. Actually, I had a chance to meet with HAO when I was in Baltimore last month and we had a great talk but one of the things that she said and kind of stuck with me was “there’s different ways of winning” and it doesn’t necessarily means that we have to win the same way we won last year or the year before. We will have to find a different way to win based on the type of players that we have this season