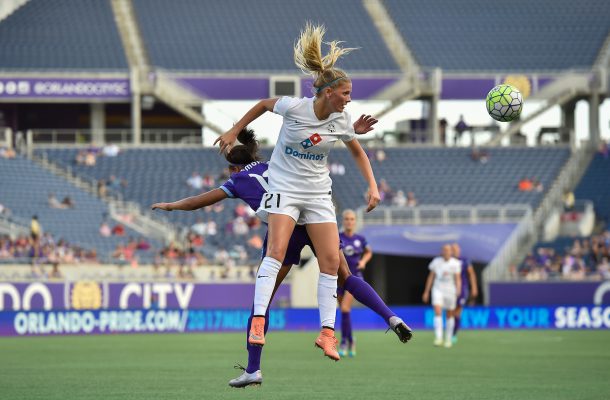 ORLANDO (Sept. 24, 2016) – Even though the two-time defending National Women’s Soccer League champions will not be advancing to the playoffs, they ended the season on a high note with victory to cap a four-game unbeaten streak.

Jogos casino online, The victory, which was their third in four games, came in a 2-1 contest against the Orlando Pride on Saturday night at Camping World Stadium. It also secured a series sweep for the Blues in the Pride’s first season.

Nicole Barnhart’s shutout streak against Orlando ended in the 16th minute when Jasmyne Spencer collected a deflected free kick and fired into the left side. That lead stood until the second half.

Tiffany McCarty provided the equalizer after the break and Heather O’Reilly scored the game winner in the 84th on a free kick earned by Brittany Taylor. It was O’Reilly’s first of the season to go with two assists. McCarty finishes with two goals and four assists.

The Blues end their fourth season with a 7-8-5 record and 26 points.