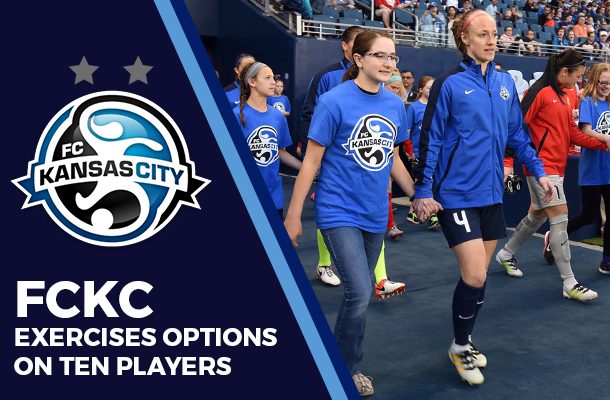 FC Kansas City today announced that the team has exercised the 2016 contract options on ten players, in addition to the re-signing of midfielder Mandy Laddish which was announced Monday.

Midfielder Mandy Laddish is already under contract for the 2017 season after coming to terms with the Blues Monday.

The Blues declined the 2017 contract option on midfielder Molly Menchel.

Midfielders Yael Averbuch and forwards Shea Groom, Tiffany McCarty and Caroline Kastor are out of contract and have been extended new contract offers.

Following her retirement from the U.S. Women’s National Team, FCKC retains the rights to Heather O’Reilly and is in negotiations for her return in 2017.