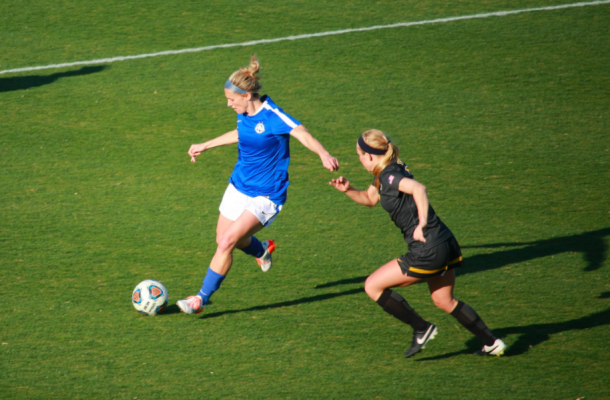 The Blues visited Mizzou for the second consecutive preseason

Despite the cold and windy weather, both teams stepped on the field with an offensive mindset. However, the Tigers struggled to keep FC Kansas City off their own half for the majority of the game.

Sixteen minutes into the match, O’Reilly notched her first tally of the night when her shot from inside the eighteen beat goalkeeper Kelsey Dossey. Six minutes later, midfielder Melanie Donaldson was awarded a penalty kick after being fouled inside the box followed by a good conversion to equalize.

At the half hour mark, the referee called another penalty kick, this time on Missouri after a handball. O’Reilly stepped up and simply placed it to Dossey’s right to regain the lead and end the half with a 2-1 score.

Halfway through the second half, O’Reilly completed her hat trick after a great offensive play and an even better definition.

FC Kansas City will be back in action on Saturday when the team visits the University of Kansas to face the Jayhawks.