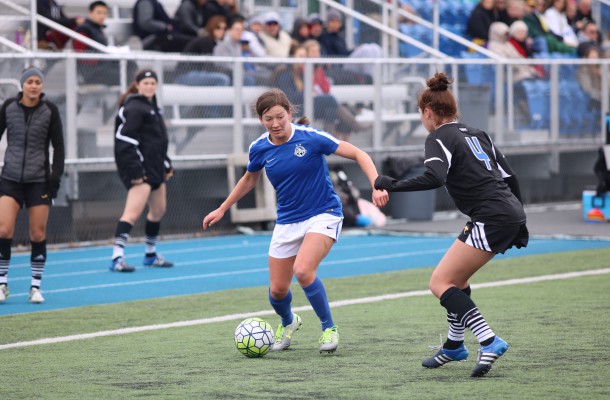 KANSAS CITY (March 20, 2016) – FC Kansas City returned to Durwood Stadium for their first preseason game of the year and defeated the University of Missouri – Kansas City 7-0 with goals scored by six different players. The Blues will be back in action tomorrow when they visit Missouri at 5:30 p.m. CT.

Jogos casino online, “It felt great (returning to Durwood Stadium), we loved playing here and if I am not wrong, I think we never lost here so it’s nice to continue with the tradition,” Coach Vlatko Andonovski said. “We played a good solid game against a decent opponents so I am happy with how the girls that were on the field performed.”

The defending NWSL Champions came out to the field with an offensive mindset, which paid off early in the match and throughout the first half where the Blues found the back of the net in six occasions.

Twelve minutes into the game, midfielder Kaysie Clark put FCKC on the board when she received a ball from newcomer Tiffany McCarty inside the box before simply tapping it in to make it 1-0.

At the 28th minute mark, 2016 NWSL College Draft pick Alexa Newfield was fouled inside the box before converting from the spot to double the lead. Six minutes later, Kastor scored her first one assisted by Clark to make it 3-0 in the 34th minute.

Moments later, McCarty received a ball on the right side of the field and dribbled past four defenders before placing her shot to the bottom left post and in to make it 4-0. Defender Molly Menchel and Kastor each scored in the final two minutes to make it 6-0 right before halftime.

The Blues added one more tally to the board in the second half when midfielder Jessie Ayers scored with a first-touch shot off a cross from Frances Silva in the 72nd minute to end the match 7-0.