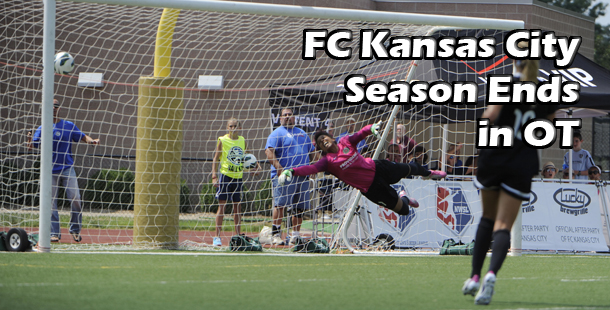 Overland Park, Kansas (August 24, 2013) – The Inaugural Season for FC Kansas City comes to a close in front of over 4,000 fans at Verizon Wireless Field, despite an early score from Rookie of the Year, Erika Tymrak, and the first goal of the season from Melissa Henderson.  Portland Thorns FC were able to knock in two goals of their own in regulation before Allie Long scored in the first overtime period, giving the visitors a 3-2 win and a spot in the National Women’s Soccer League Championship game next weekend.

Jogos casino online, This week saw FC Kansas City take home four post-season awards, Golden Boot (Lauren Holiday), Rookie of the Year (Erika Tymrak), Goalkeeper of the Year (Nicole Barnhart), and Defender of the Year (Becky Sauerbrunn).  The individual awards were nice, but this team has never been about individual achievements. In the blazing heat of the day, they hoped to take the next step towards their ultimate goal, the NWSL Championship.

A strong start from both teams created an exciting match from the very beginning.  Erika Tymrak tallied the first score when she jumped on a pass from her newly-named U.S. Women’s National Teammate, Leigh Ann Robinson.  Ripping a shot from the right side, the ball found side netting in the 12th minute.  Only thirteen minutes later, Melissa Henderson scored her first goal of the season when she used her head to redirect Merritt Mathias’ pass across the goal mouth and past the outstretched hands Portland goalkeeper, Karina LeBlanc. Midway through the opening period FC Kansas City had a 2-0 lead.

In the 33rd minute, Portland’s Tobin Heath found the net.  Teammate Tiffany Weimer scored again for the Thorns in the 65th minute, evening up the score at two goals apiece.  Neither side was able to score again as the second half came to a close.  After playing the first game in league history and the first playoff game in league history, FC Kansas City and Portland Thorns FC would play the first overtime game in NWSL history.

As temperatures continued to climb well over the 90 degree mark, both teams continued to battle for two 15 minute overtime periods.  Allie Long would ultimately decide the game for the Portland Thorns when she was able to knock it past Barnhart in the 103rd minute of the match.  Although the ‘Blues’ would fight hard and have a few opportunities, they could not equalize and fall to the Thorns, 3-2