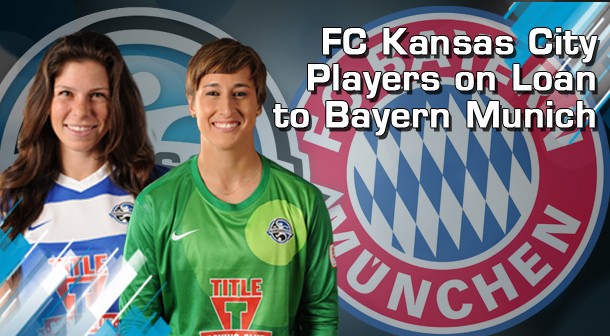 Both Players Expected to Return for 2014 NWSL Season

Jogos casino online, “Erika and Bianca have both had a great season for us. Now they have the opportunity to continue their growth overseas,” said head coach Vlatko Andonovski. “When they return to us after the New Year, they will have another outlook on the game and can use that to help us next season.”

Henninger was drafted by FC Kansas City in the 2013 Supplemental Draft and started two games for FC Kansas City this season, including a 2-0 shutout victory over the Chicago Red Stars on June 13th.  Prior to that she was a star for Santa Clara University, earning the U.S. Soccer Young Female Athlete of the Year award in 2010. That same year she played every minute with the U.S. Women’s Under 20 National Team in the World Cup, winning the Golden Glove award along the way.

Tymrak was FC Kansas City’s second round pick in the 2013 College Entry Draft. Tymrak, 22, started 16 games during the season and finished with six goals and four assists in 21 appearances for FC Kansas City. Her strong performance led to her being named the 2013 Rookie of the Year. She is looking forward to the playing in the German Bundesliga, “I’m extremely excited to play for FC Bayern Munich in my offseason. It will give me a chance to continue playing at a high level and to experience soccer overseas.”

Tymrak and Henninger will both be available for selection when Bayern Munich opens their season tomorrow, Saturday September 7th at 6 a.m. CT against the three time champion, VfL Wolfsburg.

In other roster news, FC Kansas City also announced the waiver release of forward Tiffany Cameron. Cameron began the year with the Seattle Reign and was signed by Kansas City in the middle of the season. She made one appearance with the Blues.