FC Kansas City: A Look Back 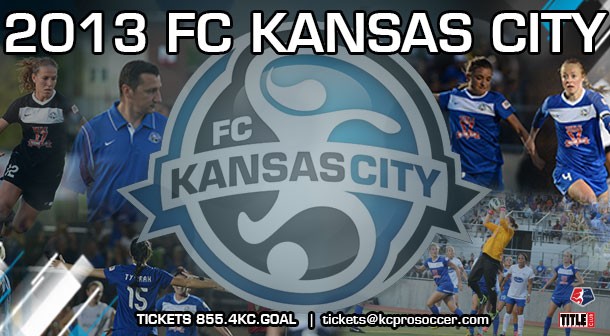 On November 21, 2012, as many people around Kansas City were getting ready to begin their Thanksgiving week, the president of U.S. Soccer held a conference call to announce the formation of a brand new women’s soccer league. What would become the National Women’s Soccer League was to begin in only a few months in eight different cities.  Although this was the third incarnation of women’s professional soccer in the United States, it was the first one to include Kansas City as a member team.

Jogos casino online, In the four and a half months between that announcement and the Inaugural Match, the FC Kansas City staff put in many hours building the first team to be called ‘the Blues’. The team announced the hiring of Head Coach Vlatko Andonovski on December 5th. Andonovski was not a nationally known name yet, but he had a vision for how soccer could be played at the highest levels and immediately sought players who would fit into his system.

The 2013 College Entry Draft was held in mid-January. Added to the team were Kristie Mewis, Erika Tymrak and Nia Williams. Shortly after that Leigh Ann Robinson, Jen Buczkowski, Sinead Farrelly, and Melissa Henderson chose Kansas City as their professional home. A supplemental draft of available players was held in February. Once again Andonovski selected players that he thought would fit into his system and brought Courtney Jones, Bianca Henninger, Merritt Mathias and Casey Loyd on-board.

Andonovski opened is training camp on March 11th with 22 players, but he was still missing several key players while they represented their countries at international tournaments.  The entire team was together for the first time on March 20th at a press conference to announce Title Boxing as the team’s Kit Sponsor.

SETTING THE BAR
FC Kansas City was selected by the National Women’s Soccer League to host the first ever game in league history. The opponent on April 13th was the Portland Thorns, featuring two of the best forwards in the world with Alex Morgan and Christine Sinclair. It didn’t take long for the nearly 7,000 people in the crowd that night to see some action. Kansas City forward Renae Cuellar scored the first goal in league history in the third minute of gameplay. Collecting a pass over the top from Kristie Mewis, she outraced everyone to goal and slid the ball past Portland’s Katrina LeBlanc for the score.

That was not the only “First” of significance that night. The first caution was issued to Mewis in the second half and the first penalty kick was awarded to Christine Sinclair in the 66th minute. Her shot tied the match, resulting in the league’s first draw.

Throughout the season, FC Kansas City continued to set the standard for the league and its member teams. The stellar defense set an early record with the longest shut-out streak after the fourth match at 238 minutes. Although that mark would be matched, then beaten during the season, the defense became a point of pride. They would set the mark for most shutouts in a single season (11). Against the Seattle Reign, they didn’t allow a single goal in any of the four matches during the season.

The entire team worked tirelessly to become one of the league’s elite teams all season. From June 23rd through August 4th FC Kansas City would go on a record 10 game unbeaten streak that saw them outscore their opponents 19-8. They posted six of their record eleven shutouts during that streak.

Individual players set their marks in the NWSL record books as well. Lauren Holiday owns the league records for most goals scored (12) and most assists (9). Nicole Barnhart set the goalkeeping standard with her ten shutouts on the season. Jen Buczkowski was one of only three players in the league to play every minute of every game.

BECOMING A TEAM
Coach Vlatko Andonovski had a specific style of soccer he envisioned for his team. He filled his team with players that could control possession and pass the ball with precision all around the field. His vision for the game required the players to trust each other and to move around the field together. The players took this to heart and immediately began working on their off-field chemistry. Living in the same apartment complex, the players would spend much of their down-time together. Being the only two local players on the roster, Nia Williams and Katie Kelly quickly became the team tour guides. Throughout the season it was not uncommon to see FC Kansas City players in Zona Rosa, KC Power & Light District or Sporting Park. Close friendships were born immediately, even among former rivals.

The chemistry that developed off the field showed on the field all season. In the recent Olympic Games, the United States vs. Canada semi-final was one of the most heated, action packed games of the tournament. Lauren Holiday and Desiree Scott were pitted against each other in some extremely intense battles all match. When Scott and Portland’s Alex Morgan, Holiday’s USA Teammate, got cross with other in a nationally-televised match on August 4th, Holiday was seen smiling as she lined up next to her teammate.

“If I had to step in, I would have been right next to Des,” recalls Holiday. “I knew that wouldn’t be necessary though, Des had the situation well under control.”

AWARD SEASON
The entire league took notice of FC Kansas City’s skill and play on the field. As the regular season wound down and teams prepared for their post-season the league announced the process for choosing the first set of individual season awards.  The league would be handing out awards for Golden Boot, Rookie of the Year, Goalkeeper of the Year, Defender of the Year, Coach of the Year and Most Valuable Player. Media, General Managers/Owners and Players were each given the chance to vote for winners of each award, with the Player vote counting for 50% of the tally.

When the votes came in, FC Kansas City swept all six awards. Erika Tymrak, Nicole Barnhart, Becky Sauerbrunn, Vlatko Andonovski and Lauren Holiday were all honored. The NWSL also announced a Best XI and Second XI team that was filled with seven Kansas City players, more than any other team in the league.

THE FANS
Putting a winning team on the field is only half the battle towards success. A team is only as good as the fans who come to watch. When the initial teams were announced for the new NWSL, Kansas City was an unknown. There had never been a women’s professional soccer team here. Would fans come out and cheer on their team or would they only show up when the superstar players from other teams come to visit? Almost from the day the team was announced, with the new supporter’s group, KC Blue Crew, being formed. Existing supporters groups like La Barra KC, South Stands, KC Yardbirds and the KC Cauldron also hopped on board to support the team.

Throughout the season Kansas City had the second largest attendance, with an average of 4,626 fans per match. Portland’s Jeld-Wen Stadium (22,000) and Western New York’s Sahlen Stadium (13,768) may have bigger stadiums, but Kansas City filled their stadium to nearly 75% capacity at every game, while Portland only filled 65% and Western New York 33%.

THE FUTURE
The first season of FC Kansas City was an exciting one. The city rallied around its newest sports franchise and propelled them to a memorable season. In the offseason the players will be keeping active. The United States Women’s National Team will be playing several friendlies as it prepares for World Cup qualifying in 2014. For the USA v Mexico friendly on September 3rd, six FC Kansas City players will be suiting up for the home side (Nicole Barnhart, Becky Sauerbrunn, Leigh Ann Robinson, Kristie Mewis, Erika Tymrak, Lauren Holiday), while FCKC forward Teresa Noyola will be wearing the Mexican colors on her uniform.  Canada’s National Team will have an FC Kansas City flavor to it as well with Tiffany Cameron, Desiree Scott and Lauren Sesselmann all in camp to work towards their World Cup dreams.

Following her National Team duties, Erika Tymrak will be joined by goalkeeper Bianca Henninger in Germany as both players will spend the fall playing for Bayern Munich Women in the Bundesliga.  The players are on loan until the end of December and are planning on returning to the US for next season’s full NWSL schedule.

With the conclusion of the league’s title game this past weekend, the offseason has begun in earnest. Everyone involved with team has one goal they have yet to reach, bringing the NWSL Championship to Kansas City. The 2014 season is around the corner and the entire staff has dedicated themselves to doing what it takes to meet that goal.