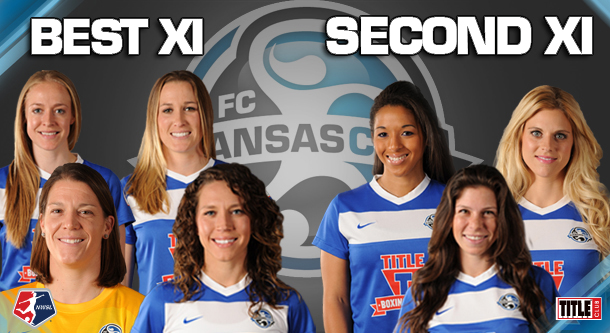 Jogos casino online, FC Kansas City was the only team to have more than one player on the list. Goalkeeper Nicole Barnhart, defenders Becky Sauerbrunn, Leigh Ann Robinson and midfielder Lauren Holiday were all listed as one of the top players in the league at their position.  All four players will also be representing the United States in their upcoming match against Mexico (and FC Kansas City forward Teresa Noyola). FC Kansas City had the most selections of any team.

Western New York Flash forward Abby Wambach and defender Brittany Taylor were among the 11 players selected ahead of the 2013 NWSL Championship game on Saturday, Aug. 31 at Sahlen’s Stadium in Rochester, N.Y. between the Flash and Portland Thorns FC. The game kicks off at 7 p.m. CT and will be broadcast nationally live on FOX Sports 2.

At 23, Boston Breakers forward Sydney Leroux is the youngest member of the squad, which is comprised of seven allocated players from the United States and Canada women’s national teams and four non-allocated players.

The NWSL awards are voted on by a selection of journalists that cover the league on a consistent basis, club officials and NWSL players.

Voters for the Best XI provided selections for four (4) defenders and a combination of six (6) midfielders or forwards; with the ability to select a minimum of one (1) and a maximum of three (3) forwards. The Goalkeeper of the Year was automatically named to the Best XI.

The Second XI is comprised of the next leading vote getters at each position that did not make the Best XI.