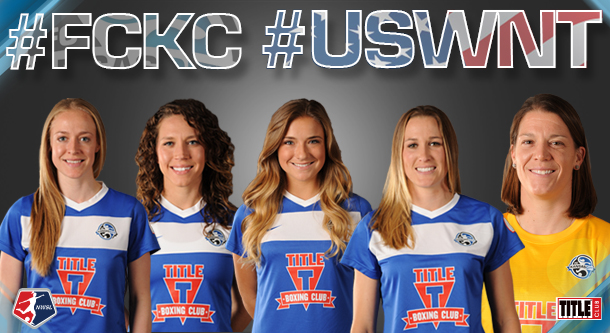 PRAIRIE VILLAGE, Kansas (October 1, 2013) – U.S. Women’s National Team head coach Tom Sermanni has named a roster of 25 players who will be in with the U.S. WNT over various periods from Oct. 15-30. Once again, FC Kansas City will be the most represented team on the roster with five players (Nicole Barnhart, Kristie Mewis, Leigh Ann Robinson, Becky Sauerbrunn and Lauren Holiday). The USA plays three friendly matches, facing Australia on Oct. 20 in San Antonio (12:30 CT on NBC) and New Zealand on Oct. 27 in San Francisco (3:30 p.m. PT) and Oct. 30 in Columbus, Ohio (7:30 p.m. ET). Fans can also follow all the matches live online via ussoccer.com’s MatchTracker and Twitter @ussoccer_wnt.

Jogos casino online, Tickets for the match against Australia on Oct. 20 at the Alamodome in San Antonio, Texas, are on sale through ussoccer.com, by phone at 1-800-745-3000 and at all Ticketmaster ticket centers throughout San Antonio (including many HEB and Walmart locations), as well as the Alamodome ticket office (open Monday-Friday, 10 a.m. to 5 p.m.).

Tickets for the match against New Zealand on Oct. 27 at Candlestick Park in San Francisco go on sale to the public Wednesday, Oct. 2, at 10 a.m. PT through ussoccer.com, by phone at 1-800-745-3000 and at all Ticketmaster ticket centers throughout the Bay Area (including many Walmart and Chavez Supermarket locations). [Note: Tickets are not sold at Candlestick Park except on the day of the event.]

Tickets for the second leg on Oct. 30 against the Football Ferns at Columbus Crew Stadium are on sale through ussoccer.com, by phone at 1-800-745-3000 and at all Ticketmaster ticket centers throughout Central Ohio (including many Kroger stores), as well as the Crew Stadium ticket office (open Monday-Friday, 9 a.m. to 5 p.m.).